It’s time for another edition of Fun Facts!

One in 20 patients remain aware but paralysed during major medical procedures – though the vast majority will not remember it afterwards.

In 24 States, 50% or more of babies are born on Medicaid; New Mexico leads the nation with 72%.
https://www.cnsnews.com/news/article/terence-p-jeffrey/24-states-50-babies-born-medicaid

White and middle-aged Americans are the demographic groups most at risk for suicide. Between 1999 and 2017, U.S. suicide rates increased by 45 percent for men ages 45 to 64 and by 62 percent for women in that age group.

In 2014, the most recent year such breakdowns of data are available, men with only a high school diploma were twice as likely to die by suicide as men with a college degree. And although middle-aged men of all educational groups experienced rising suicide rates during the Great Recession, 2007 to 2010, since then rates for college-educated men have slightly declined while those for men with only a high school diploma have continued to rise.
https://www.washingtonpost.com/outlook/the-dangerous-shifting-cultural-narratives-around-suicide/2019/03/21/7277946e-4bf5-11e9-93d0-64dbcf38ba41_story.html?noredirect=on&utm_term=.ce661ebcfe7e

Suicidal behavior has nearly doubled among children aged 5 to 18, with suicidal thoughts and attempts leading to more than 1.1 million ER visits in 2015 — up from about 580,000 in 2007, according to an analysis of U.S. data.
https://www.reddit.com/r/science/comments/bb0gr6/suicidal_behavior_has_nearly_doubled_among/

Suicide attempts by self-poisoning have more than doubled in teens and young adults in the last decade in the U.S., and more than tripled for girls and young women.
https://www.sciencedaily.com/releases/2019/05/190502075817.htm

Seventy-one percent of Americans age 17 to 24 are ineligible to join the military, primarily because they are too overweight or too poorly educated, or they have a record of serious crime or drug abuse.
https://www.reddit.com/r/todayilearned/comments/bb9c03/til_that_71_percent_of_americans_age_17_to_24_are/

“This analysis of a large, nationwide sample demonstrated that Emergency Department visits for SA/SI (suicide attempt/suicide ideation) doubled among youth between 2007 and 2015.”
https://jamanetwork.com/journals/jamapediatrics/article-abstract/2730063
Nothing to see here. Everything’s fine and getting better and better under Neoliberalism!

Forty-four percent of the decline in male workforce participation from 2001 to 2015 is due to opioids.
https://www.economy.com/dismal/analysis/datapoints/350176/Opioids-and-the-US-Labor-Market/ 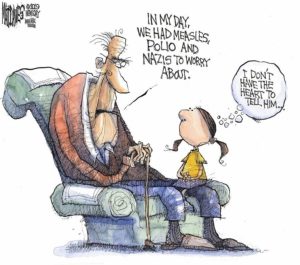 Between 1980 and 2000, about 100 million hectares of tropical forests — roughly the area of France and Germany combined — were converted for grazing, monoculture plantations like palm oil, or short-term subsistence farming.
https://thetyee.ca/Opinion/2019/05/09/Traditional-Economics-Biodiversity-Natural-Accounting/

70% of all birds currently alive are chicken and other poultry, enough to create their own geological strata.
http://www.bbc.com/future/story/20190502-why-the-post-natural-age-could-be-strange-and-beautiful 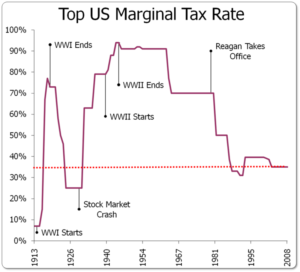 About half the population [of the United States] in 1915 lived in rural areas, meaning areas with fewer than 2,500 residents. In 2010, by contrast, only 1 in 5 people lived in a rural area…In 1915, about 78 percent of U.S.-born individuals were living in the state in which they had been born, compared with 59 percent in 2010.
http://conversableeconomist.blogspot.com/2016/02/the-life-of-us-workers-100-years-ago.html

One-sixth of the U.S. population lives in this megalopolis (the Acela Corridor).
http://tywkiwdbi.blogspot.com/2019/04/one-sixth-of-us-population-lives-in.html

The number of people worldwide who drink water that is contaminated with feces is 1.8 billion. (But they have cell phones!!!!)
https://www.treehugger.com/environmental-policy/world-water-disaster-numbers.html

Americans are routinely exposed to dangerous chemicals that have long been banned in countries such as the UK, Germany and France. Of the 40,000 chemicals used in consumer products in the US, according to the EPA, only one percent have been tested for human safety.
https://www.theguardian.com/us-news/2019/may/22/is-modern-life-poisoning-me-i-took-the-tests-to-find-out

More than 90 percent of Americans have pesticides or their byproducts in their bodies.
https://www.thenation.com/article/pesticides-farmworkers-agriculture/

Chicago police say that as of 1 March 2019, they had seized more than 1,600 illegal guns this year. The figures equate to one illegal gun taken off the street every 53 minutes.
https://www.bbc.com/news/world-us-canada-47856992

Somebody once estimated that if bees got paid minimum wage, a jar of honey would cost <$1,000
Unsourced – but sounds plausible to me.

Half of England is owned by less than 1% of the population
https://www.theguardian.com/money/2019/apr/17/who-owns-england-thousand-secret-landowners-author

Ninety-five percent of the trading volume in Bitcoin is fake, ginned up through techniques like “wash trading” where a person buys and sells an asset at the same time.
https://boingboing.net/2019/03/28/grifter-galt-gulch.html

People are pooping more than ever on the streets of San Francisco.
https://www.sfgate.com/technology/businessinsider/article/People-are-pooping-more-than-ever-on-the-streets-13778680.php

The Ancient Egyptians had a pregnancy test that actually worked.
https://history.nih.gov/exhibits/thinblueline/timeline.html

In 1996, a federal welfare reform prohibited convicted drug felons from ever obtaining food stamps. The ban increased recidivism among drug felons. The increase is driven by financially motivated crimes, suggesting that ex-convicts returned to crime to make up for the lost transfer income.
https://www.reddit.com/r/science/comments/bk6voe/in_1996_a_federal_welfare_reform_prohibited/

Abortion laws in Saudi Arabia are more forgiving than in Alabama.
https://www.commondreams.org/news/2019/05/22/abortion-laws-saudi-arabia-more-forgiving-alabama-report

Apple purchases a new company every two to three weeks on average, and has bought between 20 and 25 companies in the last six months alone.
https://boingboing.net/2019/05/06/robert-bork-payout.html

In 2017, the world subsidized fossil fuels by $5.2 trillion, equal to roughly 6.5 percent of global GDP. That’s up half a trillion dollars from 2015, when global subsidies stood at $4.7 trillion, according to the IMF. If governments had only accounted for these subsidies and priced fossil fuels at their “fully efficient levels” in 2015, then worldwide carbon emissions would have been 28 percent lower, and deaths due to toxic air pollution 46 percent lower.
https://www.theatlantic.com/science/archive/2019/05/how-much-does-world-subsidize-oil-coal-and-gas/589000/

Government action to slash pollution before the Beijing Olympics in 2008 led to a rise in birth weights in the city.
https://www.theguardian.com/environment/ng-interactive/2019/may/17/air-pollution-may-be-damaging-every-organ-and-cell-in-the-body-finds-global-review

The United States has spent more subsidizing fossil fuels in recent years than it has on defense spending.
https://www.rollingstone.com/politics/politics-news/fossil-fuel-subsidies-pentagon-spending-imf-report-833035/

Although James Watt developed the coal-powered steam engine in 1776, coal supplied less than 5 percent of the planet’s energy until 1840, and it didn’t reach 50 percent until 1900.
https://www.nybooks.com/articles/2019/04/04/future-without-fossil-fuels/

When Ashton Kutcher’s film “Dude Where’s My Car” was released, a movie reviewer for USA Today wrote “Any civilization that can produce a movie this stupid deserves to be hit by famine and pestilence.”
https://www.reddit.com/r/todayilearned/comments/beohel/til_when_ashton_kutchers_film_dude_wheres_my_car/