You were more likely to get a job if you had smallpox scars in the 18th century. The scars proved that you already had smallpox and could not pass it on to your employers.
(Reddit)

According to US Customs and Border Protection, border crossings of Mexican and Central American refugees ranged from 20,000 to roughly 60,000 people per month in 2018. In Los Algodones [Mexico] alone, nearly five times as many American dental refugees are going the opposite way. To get an idea of the absurdity, one could argue there are more people currently fleeing the US’s health care system than refugees seeking asylum from extreme violence and state terror in Central America.
Millions of Americans Flood Into Mexico for Health Care — the Human Caravan You Haven’t Heard About (Truthout) similarly:

The U.S. government estimates that close to 1 million people in California alone cross to Mexico annually for health care, including to buy prescription drugs. And between 150,000 and 320,000 Americans list health care as a reason for traveling abroad each year. Cost savings is the most commonly cited reason.
American Travelers Seek Cheaper Prescription Drugs In Mexico And Beyond (NPR). Who’s the Third World country now???

The term “litterbug” was popularized by Keep America Beautiful, which was created by “beer, beer cans, bottles, soft drinks, candy, cigarettes” manufacturers to shift public debate away from radical legislation to control the amount of waste these companies were (and still are) putting out.
A Beautiful (If Evil) Strategy (Plastic Pollution Coalition)

Americans Got 26.3 Billion Robocalls Last Year, Up 46 Percent From 2017.
https://www.washingtonpost.com/technology/2019/01/29/report-americans-got-billion-robocalls-last-year-up-percent/

Over the past 20 years, more than $7 billion in public money has gone toward financing the construction and renovation of NFL football stadiums.
Why do taxpayers pay billions for football stadiums? (Vox)

35% of the decline in fertility between 2007 and 2016 can be explained by declines in births that were likely unintended, and that this is driven by drops in births to young women.
https://www.nber.org/papers/w25521

In 1853, not many Americans worked in an office. Even as late as the 1880s, fewer than 5 percent of Americans were involved in clerical work.
The Open Office and the Spirit of Capitalism (American Affairs)

About 40% of young adults cannot afford to buy one of the cheapest homes in their area in the UK, with the average deposit now standing at about £26,000
Young people living in vans, tiny homes and containers (BBC)

Terror attacks by Muslims receive an average of 357 percent more media coverage than those by other groups. (Newsweek). Maybe the New Zealand mosque shooting will change that.

One-third of the billions of dollars [GoFundMe] has raised since its inception went toward somebody’s medical expenses.
US Healthcare Disgrace: GoFundMe-Care Symptomatic of Extreme Inequality (Who. What. Why)

40% of police officer families experience domestic violence, in contrast to 10% of families in the general population.
http://womenandpolicing.com/violencefs.asp

After water, concrete is the most widely used substance on Earth. If the cement industry were a country, it would be the third largest carbon dioxide emitter in the world with up to 2.8bn tonnes, surpassed only by China and the US.
Concrete: the most destructive material on Earth (The Guardian)

Rural areas have not even recovered the jobs they lost in the recession….Suicide rates are on the rise across the nation but nowhere more so than in rural counties.
Two-Thirds of Rural Counties Have Fewer Jobs Today Than in 2007 (Daily Yonder)

Mapping the rising tide of suicide across the United States (Washington Post). According to plan…

On any given day, 37 percent of American adults eat fast food. For those between 20 and 39 years old, the number goes up to 45 percent – meaning that almost half of younger adults are eating fast food daily.
4 troubling ways fast food has changed in 30 years (Treehugger)

Global investors dumped $4.2 billion into companies working on self-driving cars (or autonomous vehicles, AVs) in the first 3 quarters of 2018.
In Praise of Dumb Transportation (Treehugger)

In the early Middle Ages, nearly one out of every thousand people in the world lived in Angkor, the sprawling capital of the Khmer Empire in present-day Cambodia.
The city of Angkor died a slow death (Ars Technica)

Neanderthals are depicted as degenerate and slouching because the first Neanderthal skeleton found happened to be arthritic.
20 Things You didn’t Know About Neanderthals (Discover)

When his eight years as President of the United States ended on January 20, 1953, private citizen Harry Truman took the train home to Independence, Missouri, mingling with other passengers along the way. He had no secret service protection. His only income was an Army pension. (Reddit)

Khoisan people of South Africa were once the most populous humans on Earth. (Ancient Origins)

[T]he contribution of top firms to US productivity growth has dropped by over 40 percent since 2000. [If] in the 1960s you were to double the productivity of GM, that would clearly have a huge impact on the economy. If you were to double the productivity of Facebook overnight, it wouldn’t even move the needle – you would get slightly better targeted ads, but zero impact on the economy.
The “Biggest Puzzle in Economics”: Why the “Superstar Economy” Lacks Any Actual Superstars (ProMarket)

From 1987 until 2011-12—the most recent academic year for which comparable figures are available—universities and colleges collectively added 517,636 administrators and professional employees…

Part-time faculty and teaching assistants now account for half of instructional staffs at colleges and universities, up from one-third in 1987. During the same period, the number of administrators and professional staff has more than doubled. That’s a rate of increase more than twice as fast as the growth in the number of students.
New Analysis Shows Problematic Boom In Higher Ed Administrators (Huffington Post)

From 2009 to 2017, major depression among 20- to 21-year-olds more than doubled, rising from 7 percent to 15 percent. Depression surged 69 percent among 16- to 17-year-olds. Serious psychological distress, which includes feelings of anxiety and hopelessness, jumped 71 percent among 18- to 25-year-olds from 2008 to 2017. Twice as many 22- to 23-year-olds attempted suicide in 2017 compared with 2008, and 55 percent more had suicidal thoughts. The increases were more pronounced among girls and young women. By 2017, one out of five 12- to 17-year-old girls had experienced major depression in the previous year.
The mental health crisis among America’s youth is real – and staggering (The Conversation)

Infectious diseases that ravaged populations in the Middle Ages are resurging in California and around the country, especially in homeless encampments.
“Medieval” Diseases Flare as Unsanitary Living Conditions Proliferate (Truthout) Who’s the Third World Country? Repeat after me, “according to plan…”

Benjamin Franklin chose never to patent any of his inventions or register any copyright (SmallBusiness.com)

I think it’s time to get the hell out of here: 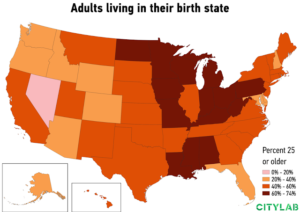